A frequent and potentially dangerous condition that can occur in the middle ear and the mastoid antrum of the temporal bone is called a cholesteatoma.

The outer auditory canal and the tympanic membrane are covered by skin, which in the process of cell growth has the particular potential of migration, unlike the rest of the body, so that the pores do not become occluded from the successive layers of keratinized cells.

But the tympanic membrane’s skin could migrate towards the inside rather than outwards, which is the normal case, ending up within the middle ear. This can be caused by problems during childhood, resulting in abnormal function of the auditory tube which leads to significantly reduced pressure in the middle ear and the mastoid antrum. At the same time, the normal air pressure in the outer auditory canal pushes the tympanic membrane’s skin to invade the middle ear in the form of a “pouch”. This can be facilitated in cases where the tympanic membrane has recovered from repeated middle ear infections and its resistance has decreased. Thus, when the pouch invades too deep, the skin cannot migrate, and the surface layers of the dead cells begin to accumulate.

This accumulation of dead skin causes the living cells of the skin to spread out and thus form successive layers of dead cells, which are eventually enveloped by a very thin layer of still alive and actively growing tympanic skin. This is called a cholesteatoma. 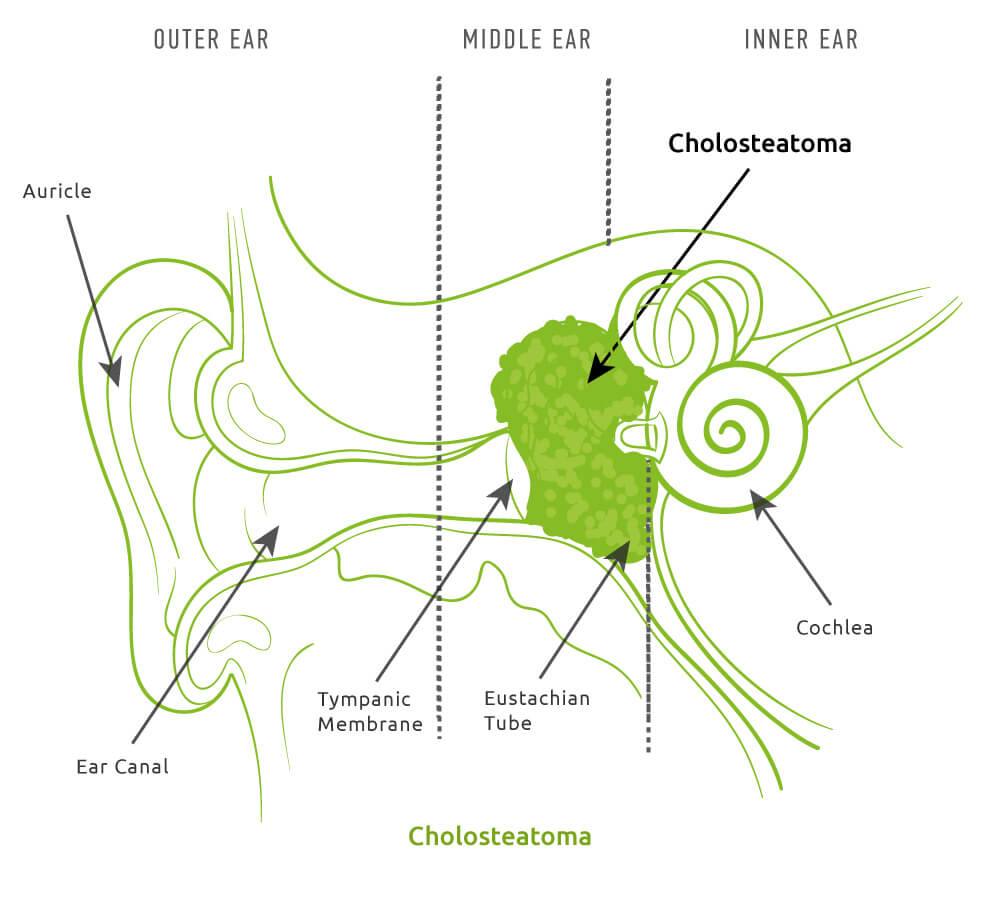 As the cholesteatoma spreads into the middle ear and the mastoid antrum, the following may occur:

The most common symptom of this condition is a foul-smelling discharge resulting from the inflammation of the accumulated dead skin.

The treatment of cholesteatoma often requires surgery to bring the ear back to health.

Find out more or adjust your settings.