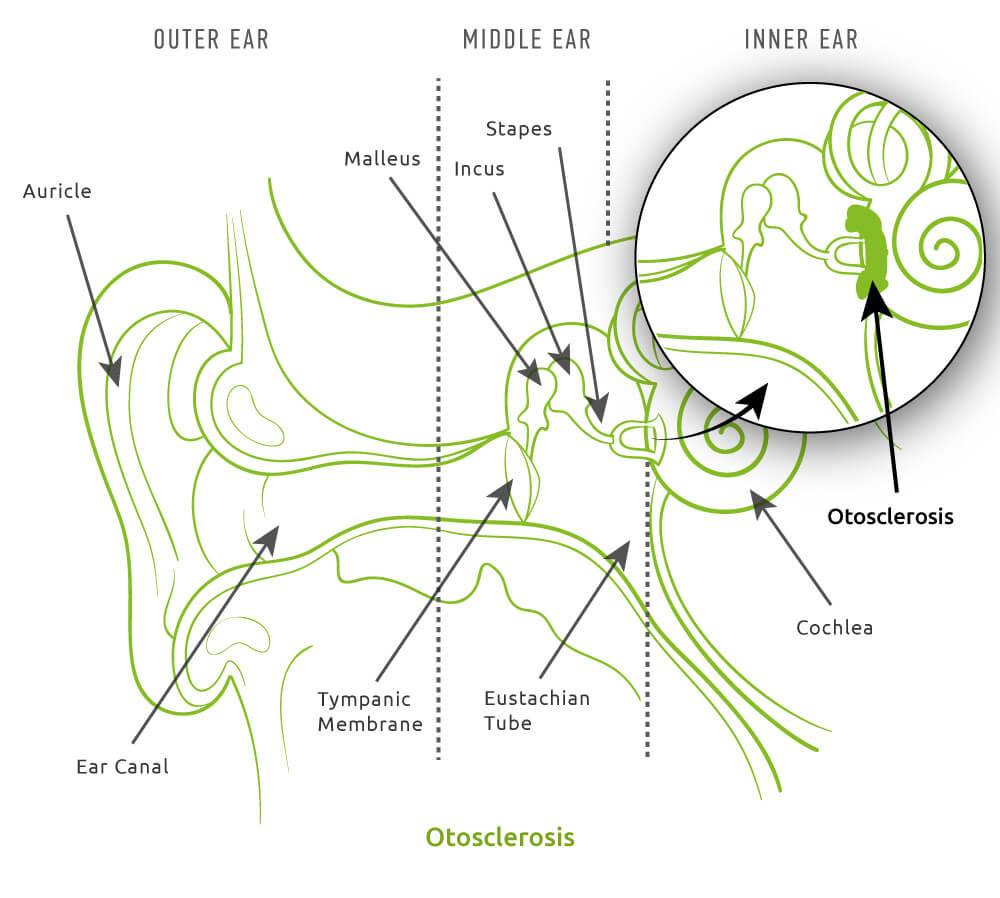 One of the most common problems affecting the auditory chain is otosclerosis, which has no known cause and affects women more often, while at the same time it tends to afflict multiple members within a given family tree. This condition affects both ears in most cases.

Otosclerosis is a condition by which the bone surrounding the oval window, into which the base of the stapes rests, begins to grow and thicken. The base of the stapes rests on the oval window via a thin, strong, elastic membrane called the annular ligament. Normally, this arrangement allows the sound waves collected from the tympanic membrane to be efficiently and effectively transmitted to the fluids of the inner ear. The excessive growth of the new bone develops and envelopes the annular joint restricting the movement of the stapes, resulting in the deterioration of the hearing capacity. The situation progresses slowly until the stapes is finally completely blocked. Pregnancy is believed to accelerate this process and thus, hearing deteriorates at a faster pace during these 9 months.

Patients feel that they can hear better in noisy environments, compared to quieter ones, and this is probably because the noise makes the stapes move and also because people talk louder when in such places.

There are three recommended ways for dealing with otosclerosis:

Find out more or adjust your settings.