What is it and how many types are there?

Tinnitus is the change in electrical activity that occurs for any reason in the auditory threshold and is perceived by the brain as sound, despite the fact that there is no new sound in the environment. The auditory cortex “does not recognize” that this activity is not external. It simply treats it as a sound. Similarly, the brain does not know that this new electrical activity is not a threat, so it reacts as if it were such a threat.

The discomfort caused by tinnitus can have a direct impact on the patients’ psychological health, as the more they concentrate to drive off tinnitus, the worse it gets, resulting to anger or even severe depression.

Tinnitus can also be caused by attending a concert or being in a music venue, although it usually lasts only a few hours. 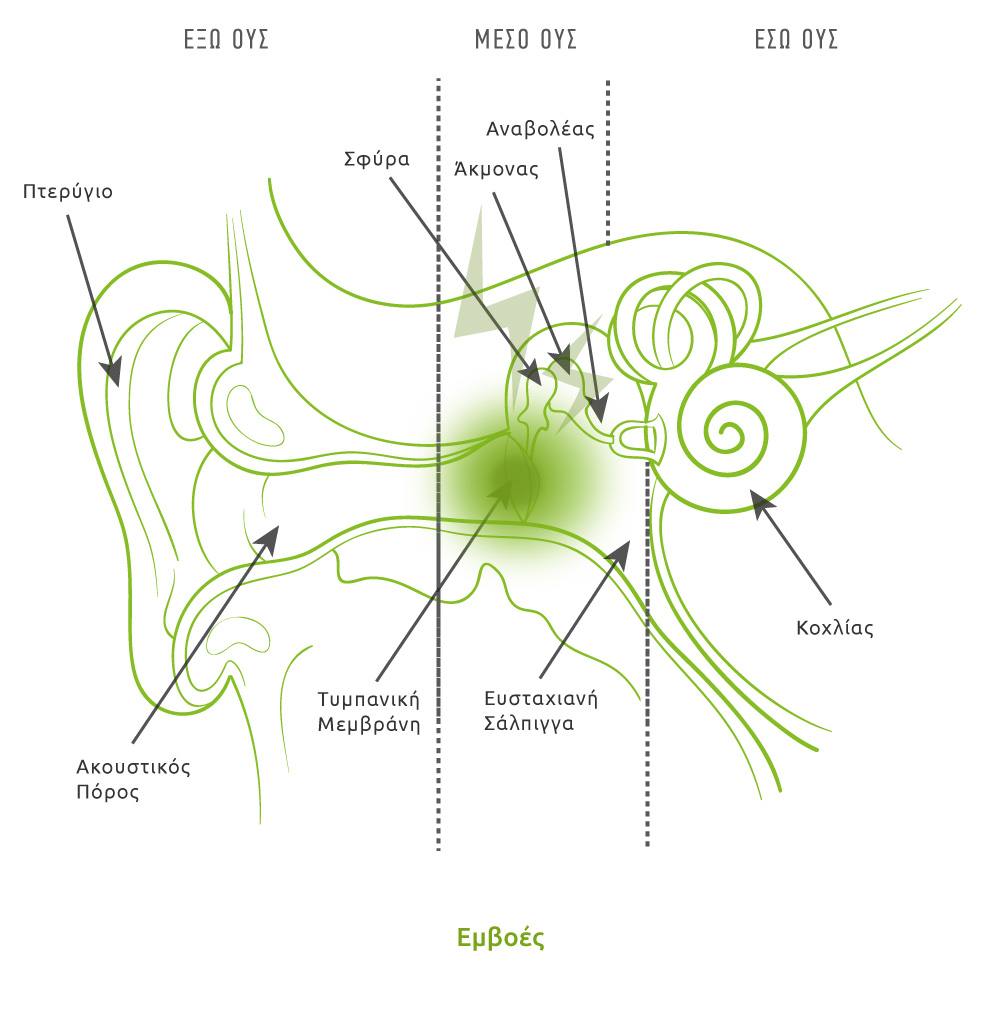 The vast majority of people with tinnitus hear sounds that are only perceived by them (subjective tinnitus). The “source” of most cases of subjective tinnitus is unknown. Some cases are caused by acoustic neurinoma and are accompanied by a hearing distortion, and even more likely to occur if there is also a sensorineural hearing loss, in which case it is termed idiopathic tinnitus.

One approach to explain tinnitus is that beginning from the capillary cells of the cochlea and all the way to the inner ear, the hearing apparatus resembles an electrical circuit with fuses, and like all such circuits, it also produces a constant “electrical noise” in the background.

As long as our hearing functions normally, the brain sets a threshold level so that we do not hear that noise. The presence of hearing loss, regardless of its cause, can be enough to prevent normal external sounds from reaching the brain. The “silence” on a frequency range recognized as hearing loss is confirmed by the brain. But our world is not a silent one (it can be quiet, but silence is extremely difficult to achieve) and the absence of sound means that our early warning system is unable to record any changes. That is why the brain reacts by lowering the threshold in order to “listen” better and thus reaches the levels of inner sounds and so the person hears the functions of her own ear.

There is, however, a small group of people who hear sounds, also perceived by others, called objective tinnitus. These sounds are usually the result of blood flow in narrowed and atherosclerotic arteries.

The same whistling and wheezing sound can sometimes be caused by anomalies in the veins, either dysplasia or benign tumors that grow in or near the ear, while in other cases there are sounds caused by abnormal, minute spasms of the palate or the muscles of the middle ear. This phenomenon is similar to facial tics, when some of the muscles contract, but in this case, the proximity of the affected muscles to the ear renders the contractions audible.